The Immigrant’s Journey – The Prostitute 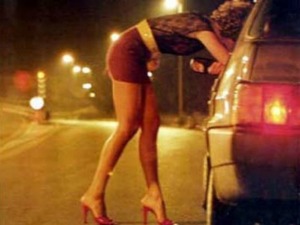 Based on a true story, this is the fate of Nneka and others, who leave home for beyond, hoping for greener pastures. To some like her, the green comes with a price tag. Names and places were changed to protect the identity of the protagonists.

My name is Nneka and I am a prostitute. Don’t look at me with those eyes, don’t pity me, don’t feel sorry for me, don’t hate me. I have lived a hard life, thorns and rocks filled my path. You see, I was 20 when my parents managed to scratch the money to send me to Switzerland. My friend Amaka who was already in Zürich, made all the connections and arrangements with the guy who processed my migrating. Oh, how excited I was. Finally, I was going to Europe. My mother was a petty market trader and my dad was working as a driver to a very rich chief, a kind man. Yes, we were poor. Europe was something I could only dream of, never expecting to see it. So when Amaka wrote that she had arranged everything, that this guy was coming to see me for my passport and other documentation to travel to Switzerland, I couldn’t believe my luck. But there was a catch; I had to come up with the flight ticket myself. When I talked to mama and papa, they were devastated. Where were they going to come up with that kind of money. Papa talked to his boss and he promised to give us the ticket money, on condition that I paid back within six months of my stay in Europe. Done deal. Two months later, I was on the plane, heading to meet my best friend Amaka. She was the sister I never had. You see, I was the first of six children and the only girl. I had always been the one to look after my junior brothers when mama went to the market and papa to work. I started being a mother and father to them at the tender age of nine. I even had to stop regular school to attend evening school so that I could take care of my junior ones after my parents went to work. Coming to Europe was going to relieve our poverty. I was going to build my parents a house. I was going to expand mama’s business, possibly buy her a shop, so she can stop the back wrenching trade in dry fish and palm oil she was doing. As for papa, I was going to buy him his own car, and buses, so he can have them on the road and be his own boss. All my brothers would go to school without problem. I was going to lift up my family. All these plans and more I made in the air while crossing the Atlantic to Switzerland.

END_OF_DOCUMENT_TOKEN_TO_BE_REPLACED

Posted in The Immigrant's Journey